To be honest here, how many times did you fall into the trap of watching youtube videos for hours without even noticing it? too many to count I know and top of that the algorithm of youtube is so good at manipulating our subconscious mind that no matter how hard we try, it always wins.

This vicious cycle of repeated & subconscious actions often ends up in serious addiction. Which severely affects our work productivity. Being a full-time blogger & freelancer, I’m also guilty of not taking any strict action against it early on.

Recently I read a few articles on the internet, and some of them refer to this youtube addiction as a form of Procrastination. No matter whatever it is called, watching youtube videos has now become one of the greatest productivity killers of the 21st century.

In recent surveys, it is found that teens in the US alone are spending about 37% of their daily video streaming time on youtube and 35% on Netflix, showing online video consumption has been increasing at an alarming speed.

Thus, it becomes very obvious that so many people are struggling to keep their habit of wasting time over watching unnecessary youtube videos for hours under control.

In this article, I am going to discuss how you can trick yourself from wasting time on youtube and focus more on work instead. Although you already made a good start by actively looking out for a solution, I can not Guarantee how much success you will get out of it.

It all depends on your self-determination. However before we discuss the methods and some cool tricks, we need to ensure whether it is an addiction or procrastination which makes you spend so much time on youtube in the first place.

Let me be clear up front, I’m by no means a therapist or expert in psychology. I could be wrong in so many ways. However, as I used to procrastinate for so long that it gave me a solid insight into how it works and different ways to deal with it.

So, by definition procrastinate means a habit of postponing or delaying important works that you know had to finish in time. On the contrary, being addicted to something means you can not stop yourself doing the thing once you’ve started.

The feeling of wanting more & more of it, despite the consequences that you already know, grows over time to the point where you need to consult a doctor.

Usually, addiction causes changes in various psychological behaviors in our brain which are much difficult to get rid of. However, procrastination is very common among people who don’t like what they do. In other words, it’s a result of a lack of self-belief.

Dr. Piers Steel, the author of The Procrastination Equation has mentioned that almost 95% of us procrastinate to some degree. However many people misinterpret procrastination as laziness but they are very different.

Procrastination usually involves ignoring unpleasant, but more likely an important work in favor of an easy and enjoyable activity such as watching youtube videos, playing video games, or something else you love to do.

For instance, if you don’t like to study, it is far more likely that you will procrastinate on something than focusing on your study. Therefore, if you have a lack of confidence, fear, doubt, or disinterest in something, you’re supposed to procrastinate rather than concentrating on actually doing the task.

Now it’s up to you to decide whether watching youtube videos has become an addiction or just a medium of your procrastination. Although, in 99% of the cases it is probably procrastination that kills your productivity, and we’re fully equipped with various techniques to deal with it. Some require a little effort or discipline from your side, and some are downright psychological tricks that just work.

The Root Cause Of Procrastination

I think the best way to prevent procrastination is by removing all trigger points that cause it to happen. To give you a better understanding of what makes us procrastinate in the first place, I might need to share a little story of my blogging journey.

At the initial time of my first niche site building, I didn’t have enough money to hire freelance content writers who could write articles for my site. Therefore, I had no way but to simply write content on my own. Unfortunately, I wasn’t a good writer and always struggled in English.

Writing articles was such a focus-intensive task for me, that I unwillingly & unknowingly sought out ways to delay the work. Even though I knew the writings needed to be finished in time, still I was unable to control my urges to procrastinate.

Quickly watching YouTube videos started absorbing most of my work hours. It is not because I liked to spend hours on youtube without having any meaningful work done, but I used to get overwhelmed by the content writing process altogether. From researching to taking notes, from making outlines to writing an entire article with my half-baked understanding of English grammar was a very daunting task that helped me develop the habit of procrastinating.

People often think of procrastination as a result of inadequate time management issues, but let me assure you it is not. Many psychologists now believe that procrastination of any kind is an issue with managing our emotions, not our time. When the task we’re putting off isn’t clearly defined, or seems too difficult, subconsciously we try to avoid the task for later. It makes us feel better or even more confident about our ability in performing the task.

Procrastination makes people daydream, and any rational-minded person can understand it’s nothing but an illusion playing by our subconscious mind. Therefore with a little bit of help and discipline, we can train our minds to concentrate on any given task without being distracted by youtube.

So that being said, let’s now discuss the method or tricks which could help you stop wasting time watching YouTube videos. Although in this article we’re talking about ways to get rid of YouTube addiction, the following video demonstrates the benefits of not using a smartphone at all.

Because today smartphones have become the main source of distraction. The never-ending incoming notifications from different social media apps are the major culprit that makes your procrastination habit even tougher to break.

The YouTube app on your smartphone hence plays a prime role in your procrastination. It makes it very easy for you to grab the smartphone and start watching videos. Once you are in the app, the recommended videos will make sure you spend at least a few hours more watching and wasting time. I mean it’s the main business interest of YouTube to keep you hooked on their app or site.

They make money showing ads as long as you keep watching one video after another. Therefore you need to break the chain and remove all the trigger points from the site, mainly the recommended video section. Heck, even a former developer called Guillaume Chaslot who worked on the algorithm said “YouTube recommendations are toxic”.

You can read the full story here. He further stated the actual motivations behind the recommendation feature are deeply flawed as it isn’t really about what the viewers want to watch.

The AI (artificial intelligence) behind the recommendation feature is well-tuned to give you video suggestions that you’re more likely to watch. It makes a pattern out of your watch history.

It’s both a blessing and a curse at the same time. You can not block YouTube from your life. It has made its place in our daily necessities. Watching educational videos, following tutorials, and even watching documentaries can indeed help us be more informed and knowledgeable. But the habit of excessive consumption of this content is what we are trying to get rid of.

And there are a few ways available to achieve it. There is a browser extension called DF YouTube (Distraction Free for YouTube) available both for Chrome as well as Firefox. It removes all the trigger points from YouTube, such as the recommended videos list, trending, and subscription page.

It has been very effective for me as I spend 6-8 hours daily in front of a laptop, surfing the internet, and working on my niche sites. Unfortunately, it only works on the desktop version of YouTube.

Our thoughts shape our experiences of life, they also make an atmosphere around us via their vibrational energy. Thus, the more you keep yourself aware of the fact that wasting countless hours watching YouTube videos is unhealthy for your productivity the more positive results you will get.

There are many benefits in practicing this self-awareness meditation, canceling the dependency on external tools is one of them. It helps us take back control of our own subconscious decisions. It should be the ultimate proficiency to master for anyone with any kind of addiction. But be aware of the fake self-help gurus.

Because they are more dangerous than addictive YouTube videos. Thus, don’t always blindly follow anyone teaching meditation. Just practice a few simple meditation guides from any reliable yoga guru, and it will help you ease your restless mind. I recommend the following channel for learning about meditation and different ways to practice it.

Break Down The Workload Into Simple Steps

As I have mentioned above, procrastination often happens when we’re not confident enough in our ability in doing certain tasks. Like in my case, I used to get overwhelmed by the content writing process. I did not like to write at all.

That self-doubt eventually pushed me to build the habit of wasting time on youtube. Upon close realization of my situation, I have figured out the root cause of the problem and the solution to get away from it.

Want to know the secret?

It’s not a secret though, but it helped me fight procrastination like magic. What I did is, break the entire writing process into small, simple, and manageable tasks. I made sure each task is simple enough to not take more than 2 hours to complete. We need to hit the weakest point of procrastination because almost 90% of the time it grows from our inability to prioritize our tasks effectively.

If you have noticed I’m still not talking about the apps or other time blocking methods of keeping your YouTube usage under control. You know why? Because those things often don’t even work, on top of that it just increases the complexity and burden of keeping all things organized. You simply can not force yourself into following the instructions given by an app, unless you have strong motivation to do so. Take studying for example,

If you don’t like studying, no matter how much you keep yourself away from watching YouTube videos or other forms of procrastination, in your mind you’ll be restless. And you just can not focus on studying. Ultimately these time blocking methods don’t work either such as,

These methods don’t cure the main addiction or procrastination habit, but temporarily suppress them for a certain period.  After that, you will be back in your old habit. That’s not good, is it?

Getting addicted to YouTube is a serious problem for many, especially among teenagers. To prevent addiction or the habit of wasting time on YouTube we need to first realize the fact that we’re addicted to something that could destroy our lives.

The best method to become self-aware of the YouTube addiction is by comparing our present self with the younger version when this all started. Ask yourself whether you have become what your younger version had dreamed of?

Possibly not, right? Acknowledge this fact, retry to move forward to your goal. Self-motivation certainly has the power cure any kind of addiction. The more we become self-aware of YouTube’s mind manipulation techniques, the more we could prevent its addiction from happening. 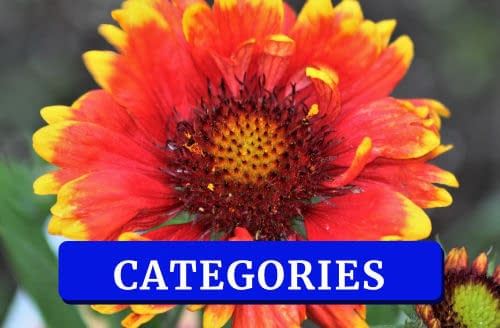