Mantras are basically a group of Sanskrit words or syllables that may or may not have a literal meaning, but it’s a well-established fact that when chanted or uttered in a specific rhythm and style, mantras can unlock many psychological or spiritual powers.

However, not all mantras are made equal. Some are intended for doing prayers, some for performing sacred rituals, some are for speaking aloud and some are not. Thus, throughout the hindu culture, you can see various mantras and sacred hymns playing a crucial role in performing prayers and rituals.

Also, in the esoteric tradition of tantrism, secretive mantras are used extensively to activate supernatural abilities in the practitioners. So, if you’re bothered by someone, you can start chanting the following mantras daily to get rid of them completely. These mantras are said to be very effective in protecting one from the evil eyes of their enemies.

But keep in mind that you must completely immerse yourself in the sound of the mantra you chant. Whether you chant aloud or silently in your mind, always try to pronounce the mantra correctly. This way, you can ensure the effectiveness of the mantra.

Meaning: We worship the three-eyed one, who is fragrant and who nourishes all. Like the fruit falls off from the bondage of the stem, may we be liberated from death, from mortality.

Read:  The Concept Of Tantra In Hinduism - It’s Esoteric Practices

Benefits: Mahamrityunjaya mantra is one of the powerful mantras you can chant to get rid of your enemy’s evil eye, or from their bullying . This particular shiva mantra is believed to have the blessing of Lord Shiva.

Thus, whoever chants the mantra with a pure heart and good intention, Lord Shiva definitely helps him to destroy his fear and gives him peace in life. Because chanting this mantra not only protects you from your adversary, it also puts you closer to the door of attaining moksha after death.

Meaning: We know the daughter of Maharishi Kaayaayana, and we meditate on the virgin girl. May the undefeatable one be our source of motivation.

Benefits: Devi Durga is one of the primary goddesses in the entire Hindu pantheon. She’s best known for slaying evils and other asuri sampats (the evil qualities or tendencies of a person), representing her character as the protective mother of the universe. This makes her the ideal goddess to pray to and worship if one is afflicted by their enemy.

The Durga Gayatri Mantra helps you to please the goddess and get her divine blessing. After taking a shower, chant the Durga Gayatri mantra in front of an idol or picture of Goddess Durga early in the morning for the best results.

Meaning: I bow down in front of the ferocious and heroic form of Maha Vishnu, who shines like fire, and has his present everywhere, who is the most auspicious, and the death of death itself.

Benefits: Lord Narasimha is one of the most powerful avatars of Lord Vishnu. He is well regarded as a symbol of power and strength. This incarnation was particularly important in safeguarding spiritually active devotees of Maha Vishnu from demonic entities.

Thus, if you are bullied by anyone, consider devoting yourself to Lord Narasimha and start chanting this Narasimha Mantra on a regular basis. It will definitely protect you from your enemy.

Benefits: The Stambhan mantra is one of the most powerful and effective mantras for eliminating your enemies. When you begin chanting this mantra on a regular basis with complete dedication, anyone who wishes you harm becomes perplexed and his intelligence becomes wicked. He forgets the reasons for his hatred for you and becomes entangled in his personal problems. This way, this mantra keeps you safe from them.

Meaning: I bow down to the Goddess, who paralyses the speech and feet of all evil people. Pull their tongue, destroy their intellect.

Benefits: Bagalamukhi is one of the tantric goddesses in Hinduism. She is the 8th manifestation of Devi Shakti, who is known for holding the tongue of an evil person to keep him from saying evil words. If you have listened to any tantra-related stories, then you must have heard of her once.

Therefore, this Bagalamukhi mantra evokes countless benefits and comprehensive protection for her devotees. She gives her devotees the power to tackle their enemies and other bad-wishers. When you start chanting this mantra daily, it will slowly paralyse the ego and actions of the person who tries to harm you. 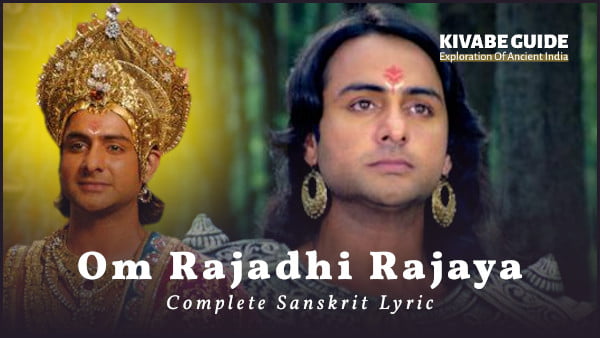